The format of Mesosphere DC/OS version number is: <Release>.<Version>.<Minor>.

Modifications or enhancements to the same software product as designated by a change in the R release number. An R release may include new changes and breaking changes. R Releases do not include separate or different products marketed by Mesosphere under a different name even if such products are compatible with the relevant software product.

Modifications or enhancements to the same software product as designated by a change in the V release number. V releases will continue to provide backward compatibility to all released APIs.

Bug fixes and new enhancements to the same software product as designated by a change in the patch release number. For example, version 5.6.3, means R is 5, V is 6, and M is 3.

Here is a hypothetical example to help you understand which version is the supported version.

All versions of DC/OS come bundled with a compatible Mesos version, and its release number will be noted in the appropriate DC/OS Release Version release notes.

For example, if we have three pieces of technology: DC/OS, Framework, and Apache Kafka.

Our interoperability guarantees in the scenario above will be as follows: 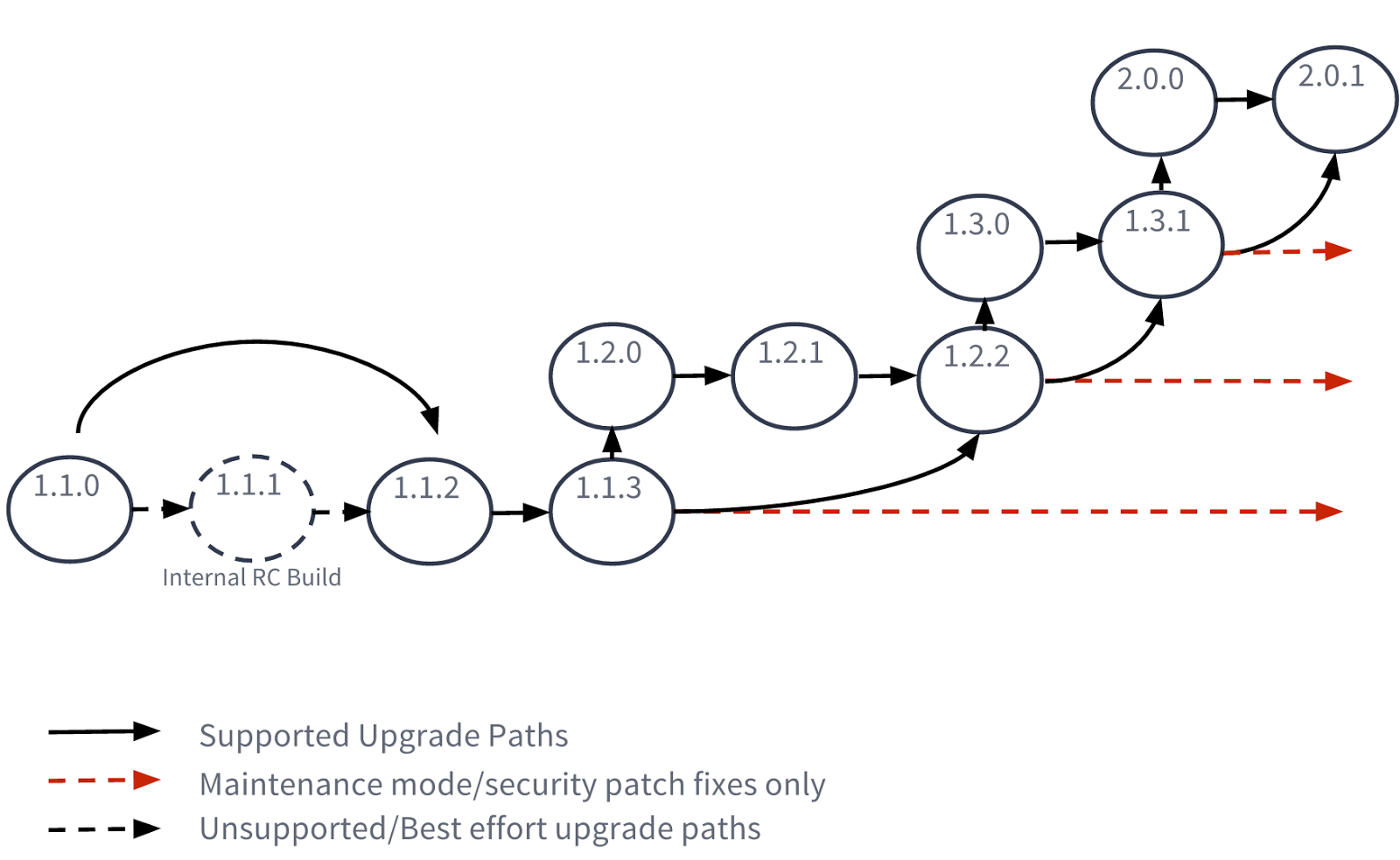