You can define health checks for your DC/OS services. Health checks are defined on a per application basis, and are run against that application’s tasks. Health checks perform periodic checks on the containers distributed across a cluster to make sure they are up and responding. If health checks fail for any reason, Mesos will report the task as unhealthy so that status-aware load balancers can stop sending traffic to the container. After a task reaches the maximum number of consecutive failures, Marathon will kill the task and restart it.

A health check is considered passing if both of these conditions are met:

You can define health checks in your JSON application definition or in the DC/OS GUI Services tab. You can also define custom commands to be executed for health. These can be defined in your Dockerfile, for example:

When creating a service, you can configure JSON health checks in the DC/OS GUI or directly as JSON. This table shows the equivalent GUI fields and JSON options.

For example, here is the health check specified as JSON in an application definition.

And here is the same health check specified by using the DC/OS UI. 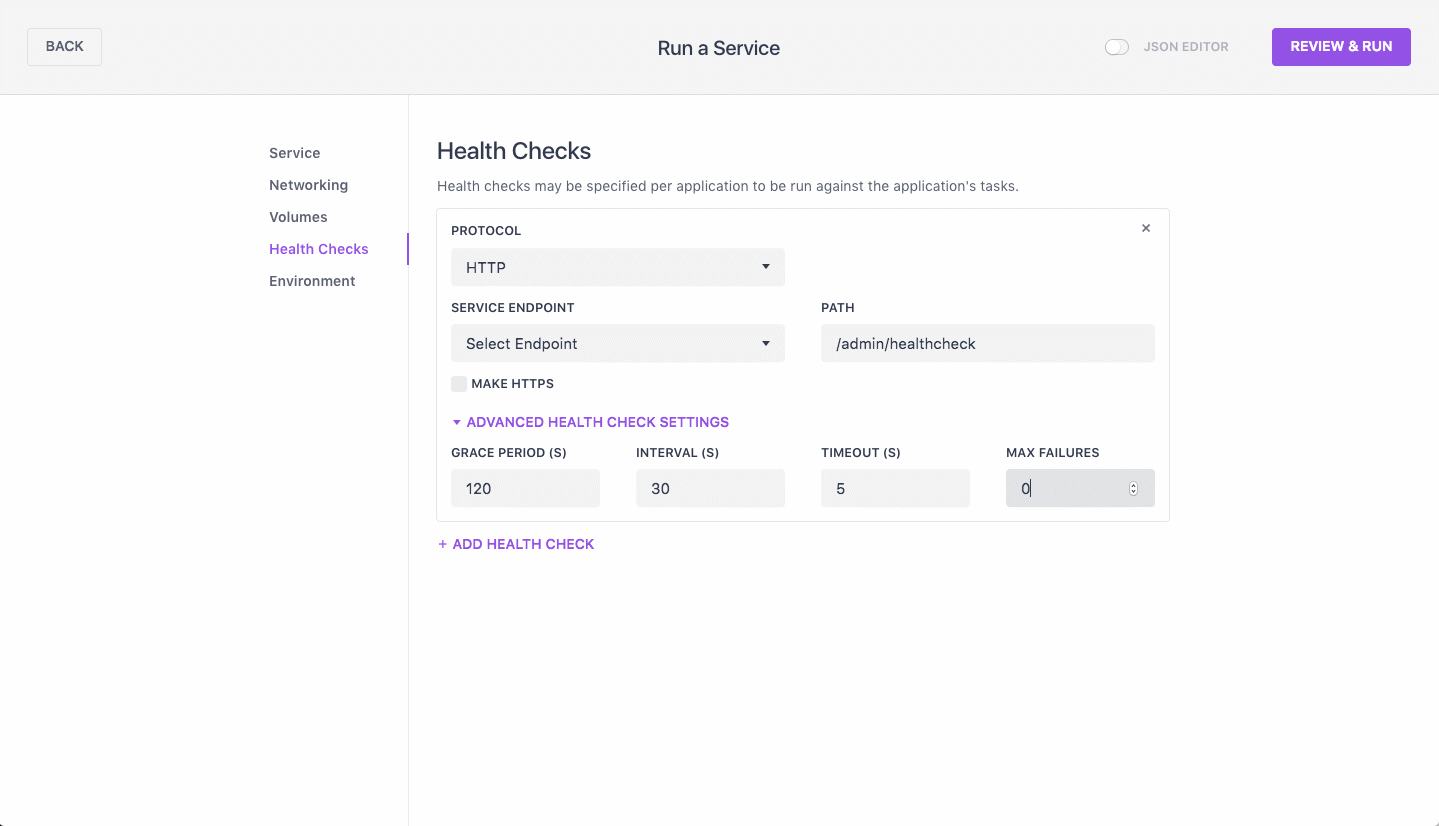 When tasks specify frequent health checks with an interval of just a few seconds, or when a large number of tasks with command health checks are running on a single machine, the large number of health checks may impact agent performance. Testing has shown that an agent node may have the capacity to run about 10-18 health checks per second, depending on the hardware. In order to estimate the total health check rate your workload may run on an agent, a calculation like the following may be performed:

Check out this blog post for more information about health checks.